The "after" photo. Much better! No centre white-lines though (the present keep-left signs etc were placed around the late 1970's and other work has continued from then). The Pavilion Cinema on Gravelly Lane is in view (left).

"The garage mentioned was run by my Grandad, George Speake. He was married to Audrey my gran and they had two children, Derek - my dad, and Christine, my Auntie."

www.obgt.pwp.blueyonder.co.uk has pics of old Birmingham garages, though not the Yenton.

Anstey College
This originally lay off Chester Road roughly where Lennox Grove and Hellaby Court are now (an apartment block there is called Anstey Court). They owned the Anstey field on the Goosemoor Lane bend and the field's entrance was from Gravelly Lane (now the disused old people's home). Anstey College had a soft tennis court, three cricket nets and a hockey pitch. Girls only many say but I seem to remember mixed teams using the field in the 1970's. 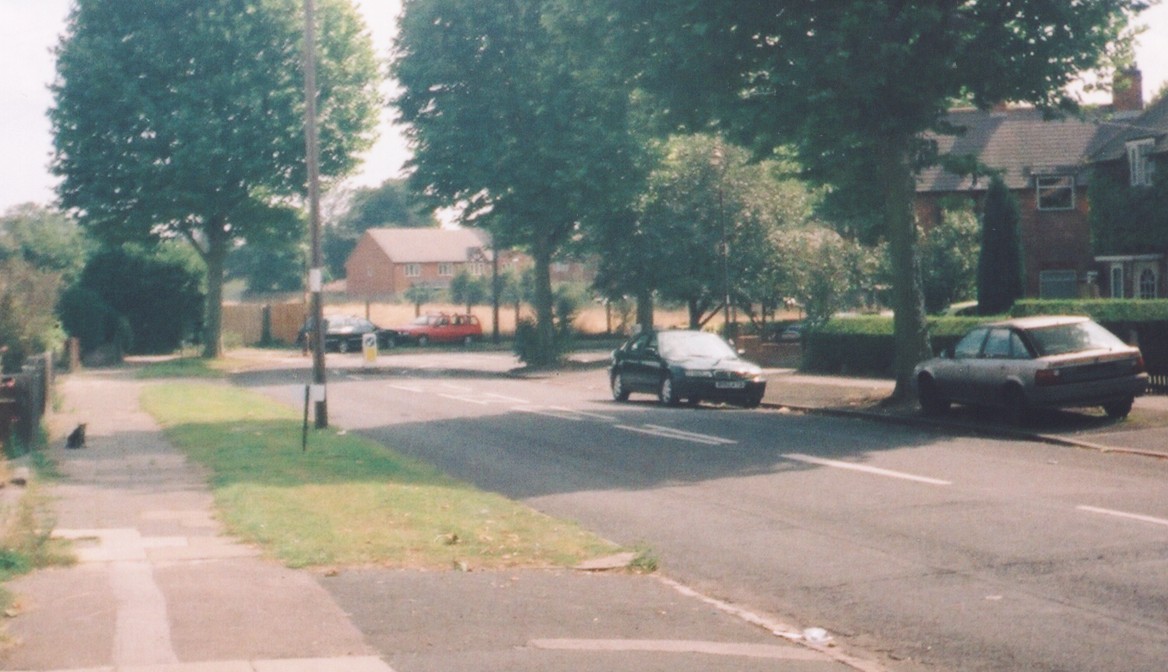